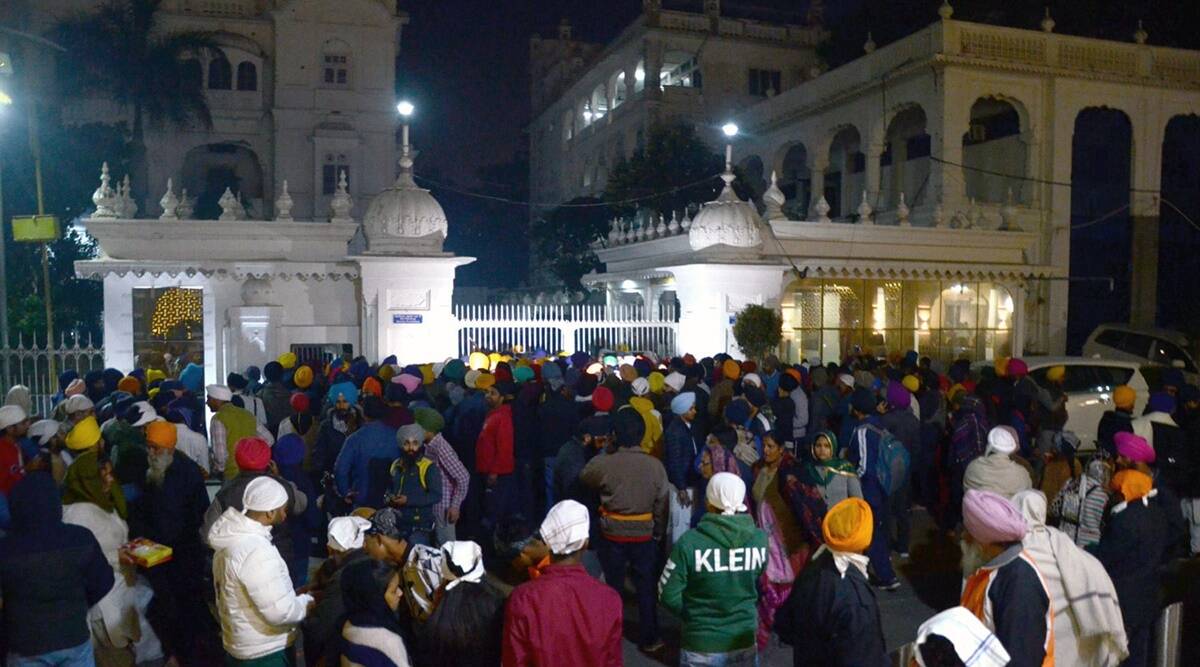 Why Gruesome Lynchings in Punjab over sacrilege attempts Justified ?

How can your soul n spirit get some peace when keep on hearing such disturbing news and watch shocking videos sent across social media. I couldn’t stop myself from penning down my thoughts after yesterday’s attempt which caused a young labourer to lose his life when he was beaten to death by a mob on an alleged sacrilege bid at a local gurudwara in Kapurthala, Punjab. Reports suggest that the deceased was a young migrant worker from Gopalganj in Bihar.

It is rumoured that the man attempted to commit sacrilege although no proof was available for the same. When police were trying to obtain the custody of the individual, a member of the mob stabbed the migrant with a sword. The migrant may have been attempting to commit a theft when he was apprehended is one theory doing the rounds. Although police have registered a case under IPC sec 295A for deliberate and malicious acts intended to outrage religious feelings of a community and have assured a free and fair investigation.

This incident comes on the heels of a prior event not long ago, where an unidentified youth was beaten to death at Golden Temple in Amritsar when he picked up the pious sword and attempted to run away with it. No action has been taken against those who beat him to death.

According to Gurdwara manager Amarjit Singh who gave the statement to media that the man was trying to desecrate the Nishan Sahib, a religious flag. He was suspicious that the man was purposely sent from Delhi by someone. “The youth had prepared tea and had a meal in the gurdwara last night. He was from Gopalganj district of Bihar,” said a local source. Nothing could be obtained from the victim neither any ID proof nor any residential details.

IGP Dhillon maintained that there was no desecration of Nishan Sahib at Gurdwara Nizampur where an unidentified migrant labourer was lynched to death… Three policemen, including one SHO and two ASIs, were injured in an attack by the unruly mob while police were trying to save the life of the victim.”

What seemed more shocking was that the man was killed in the presence of an SSP and two SPs, Dhillon. The explanation given was  “The atmosphere was very emotional and they were trying to control everything. It happened.”

There is a larger conspiracy aimed at hitting the base of communal harmony as 2022 elections are coming nearer. Even an attempted break-in was reported from a gurudwara in Batala, Punjab; which later on went without a whimper as no sacrilege was reported. The way the situation is developing is appearing very insidious with wide ramifications.

Watch this video what happened exactly in both the incidents?

The religious-social politics in Punjab is now out in the open and lynching incidents have sent shock waves across the country. This brought the brutal lynching episode to mind when a man was killed during Farmer’s protest at the Singhu border near state capital Delhi. What appears to be worrisome is the growing acceptance of these gruesome killings where perpetrators were allowed to roam scot-free and law & order a mute spectator. In fact, many Sikh intellectuals, mainstream media journalists, and members of different political parties have either maintained silence or apathy towards law of the land.

The political instability and lack of trust in state machinery have led to religious workers taking the law into their hands. Just because there is a lackadaisical attitude by the various governments in Punjab that killing can be justified is a poor discussion starter and must be discouraged. Any statement condemning the killings is seen a disrespecting the popular sentiment on sacrilege issue and has assumed gigantic proportions in wake of coming assembly elections stated in 2022. The current challenge for the Punjab police to find out whether these latest incidents were part of a larger plot, aiming at polarising Punjabi society on religious lines ahead of the election, or a larger conspiracy with global ramifications is in the offing, as many fear now.

There is limited space for rational voices on the subject which is giving stoke to pro-lynching arguments and such attempts to subvert the system must be condemned and acted upon in the strongest manner. No one should be allowed to run a parallel governance irrespective of the provocation. No matter how horrendous the crime, the criminal must be handed over to the state agency and he must be punished as per the law, these incidents may plunge the state into a deep crisis.

As citizens, we don’t want any justifications. we want safety, freedom, and solutions, right? we must condemn such disturbing incidents which weaken the fabric of unity and democracy in the country. We must raise our voices and shake the culprit out there.

PrevPreviousHere’s how India’s Harnaaz sandhu Miss Universe 2021 reached at the top
NextWhat is the difference between Soul and Spirit? | Soul Vs SpiritNext
On Key