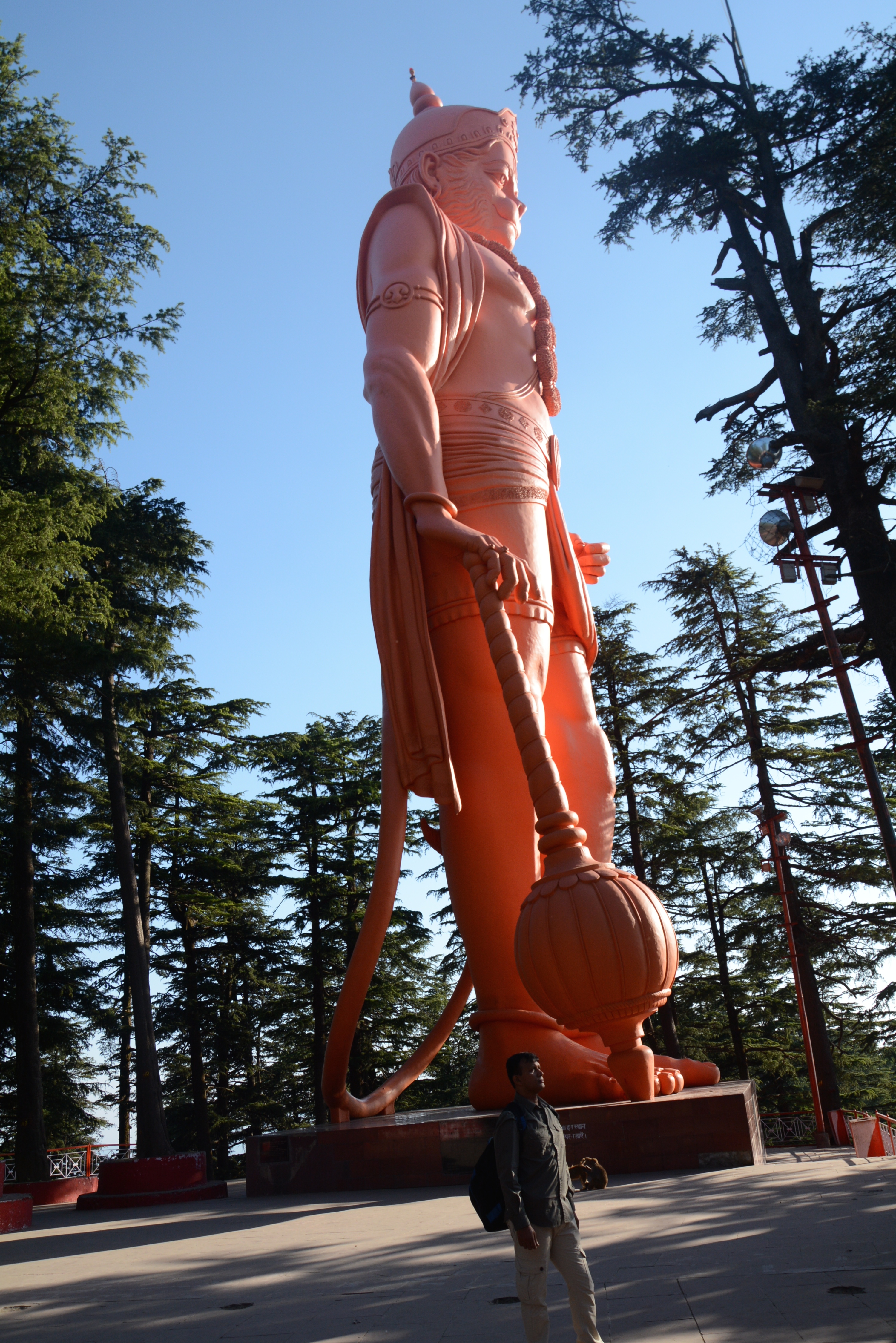 NO SCARS OF FATIGUE ON JAKHU HILLS

Today I will take you through an interestingÂ pathwayÂ which goes up till beautiful Jakhu hills, Shimla and you won’t have any scars of tiredness after climbing it with me. So here we go !!!

Â Shimla offers some of the most fascinating treks and the town can be easily called “The Trekkers Paradise”. We both as a couple did early morning treks on all three days during our stay in Shimla, making the most of our trip. We were missing this activity in Aurangabad as it was extremely hot there.

Jakhu, the most famous temple, situated on the top of Jakhu hills at an altitude of 2455m above the sea level, is a steep 30-minute uphill climb from the east end of the Ridge, It is one of the most refreshing and strenuous hike I had done in last six months. The trek serves two purposes: you can check your physical fitness by calculating how much time you take in completing it as well as it has spiritual flavor as you visit the temple also. The sound of bells and chanting of shlokas fills you with peace and tranquility at that height. 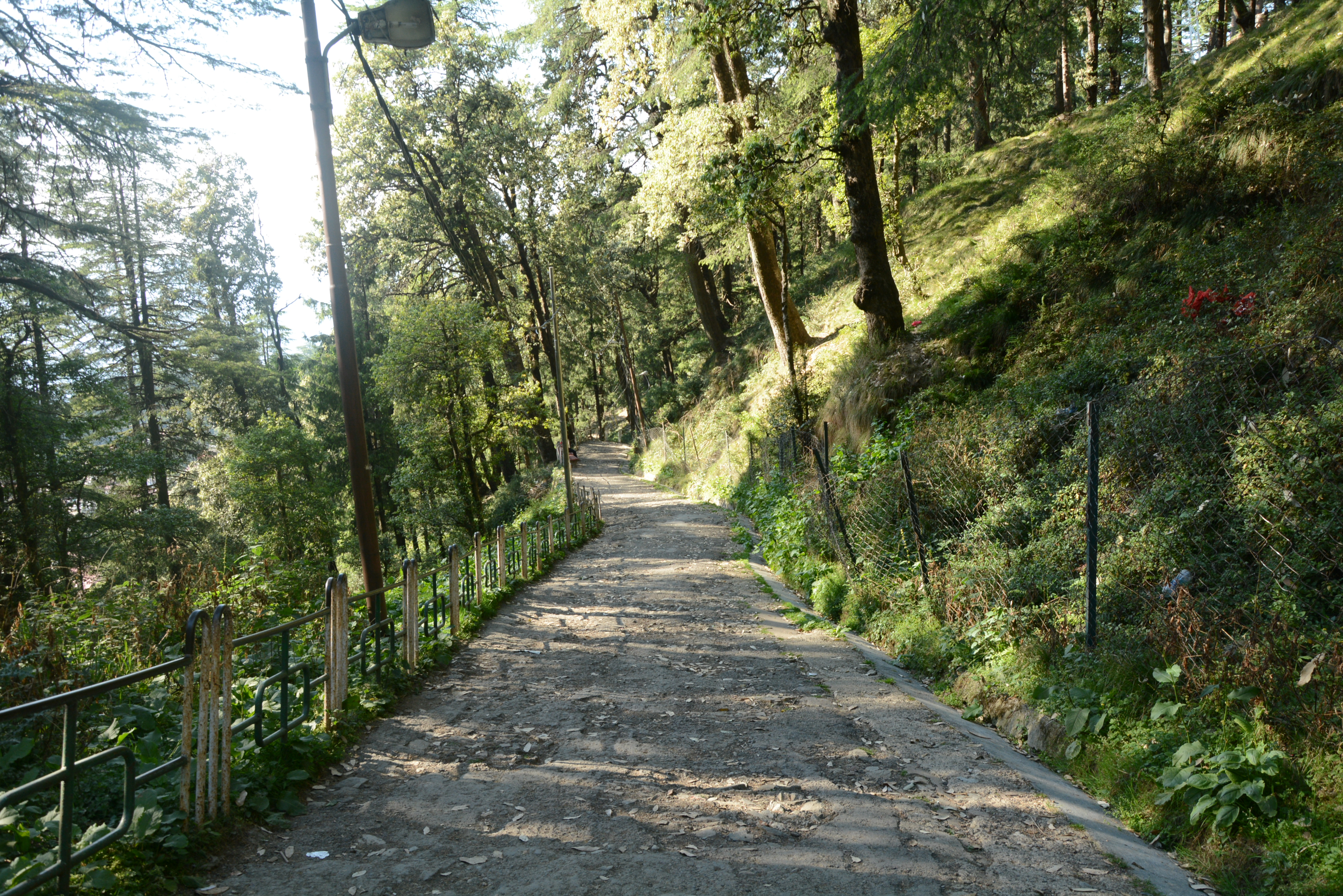 The temple is dedicated to the monkey god Hanuman. O yes, you guessed it right ! Â Hundreds of Â monkeys loiter around, looking for prasad packets in devotees hands(temple-blessed food offerings), never leave an opportunity to snatch anything be it Â glasses,binoculars,caps,meal packets etc. leaving harassed devotees, tourists stunned and helpless. 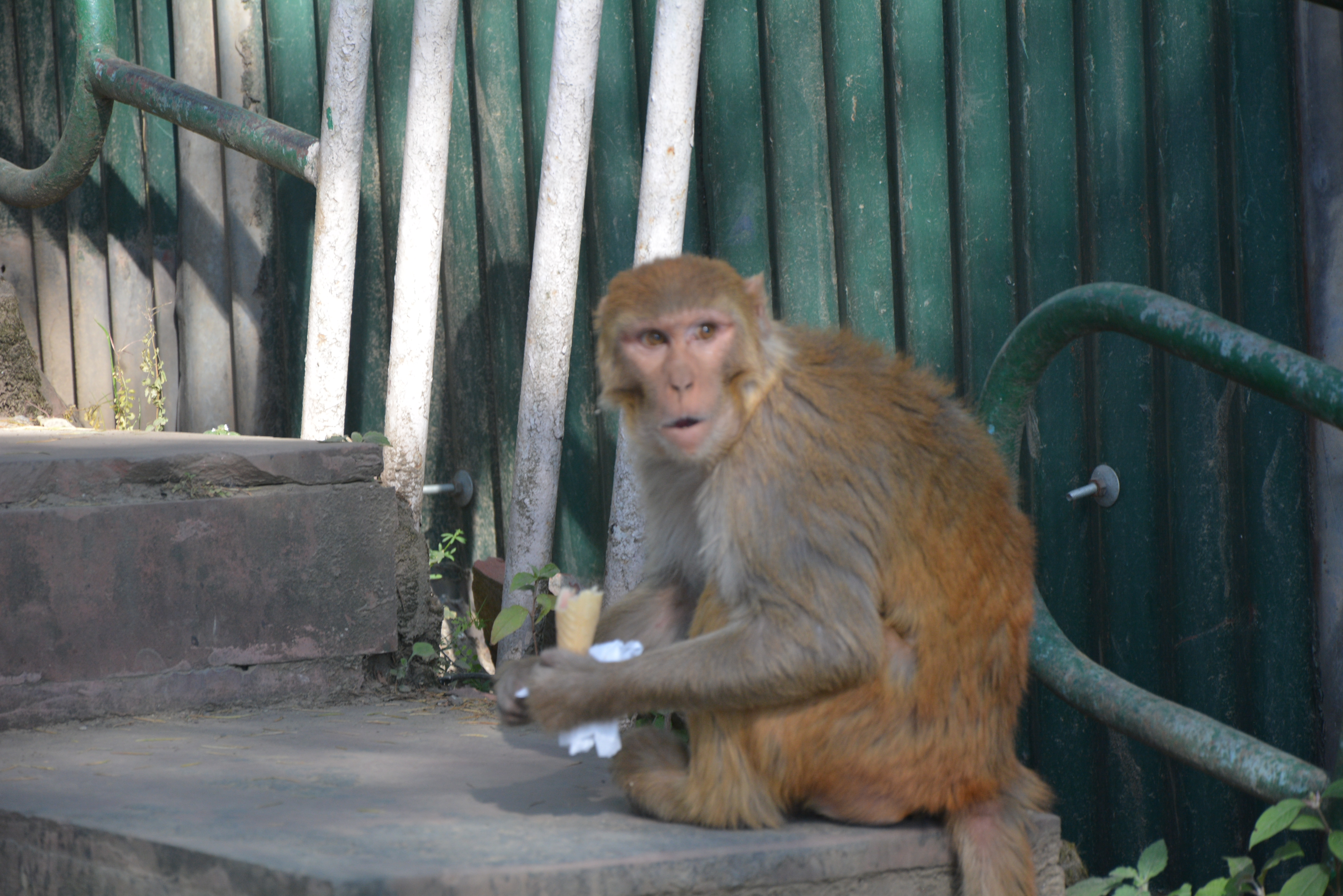 Outside the temple premises 108 feet world tallest, orange statue of Hanuman looms above the treetops and watches Shimla day and night like a protector of the city. The Â illuminating statue looks amazing at night. 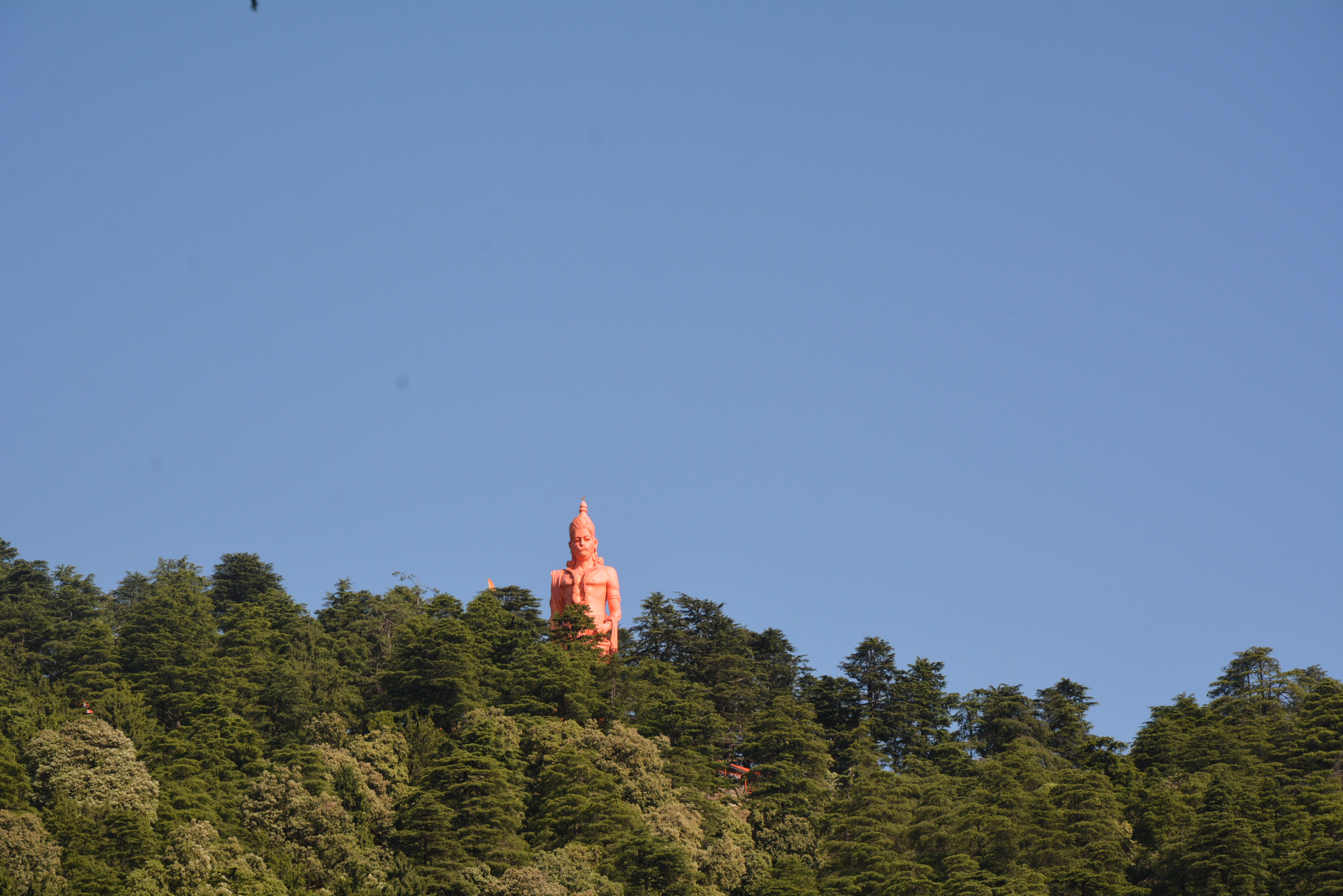 This trek was around two and a half kilometers but very steep and exhausting one. The view was fantastic. The smell of pine was refreshing and the green forest was a soothing sceneÂ for eyes. Lord was much closer to us now.

Thankfully we were just eighty meters away and had to take few more steps to reach at the destination on top. The stairway was about to finish. 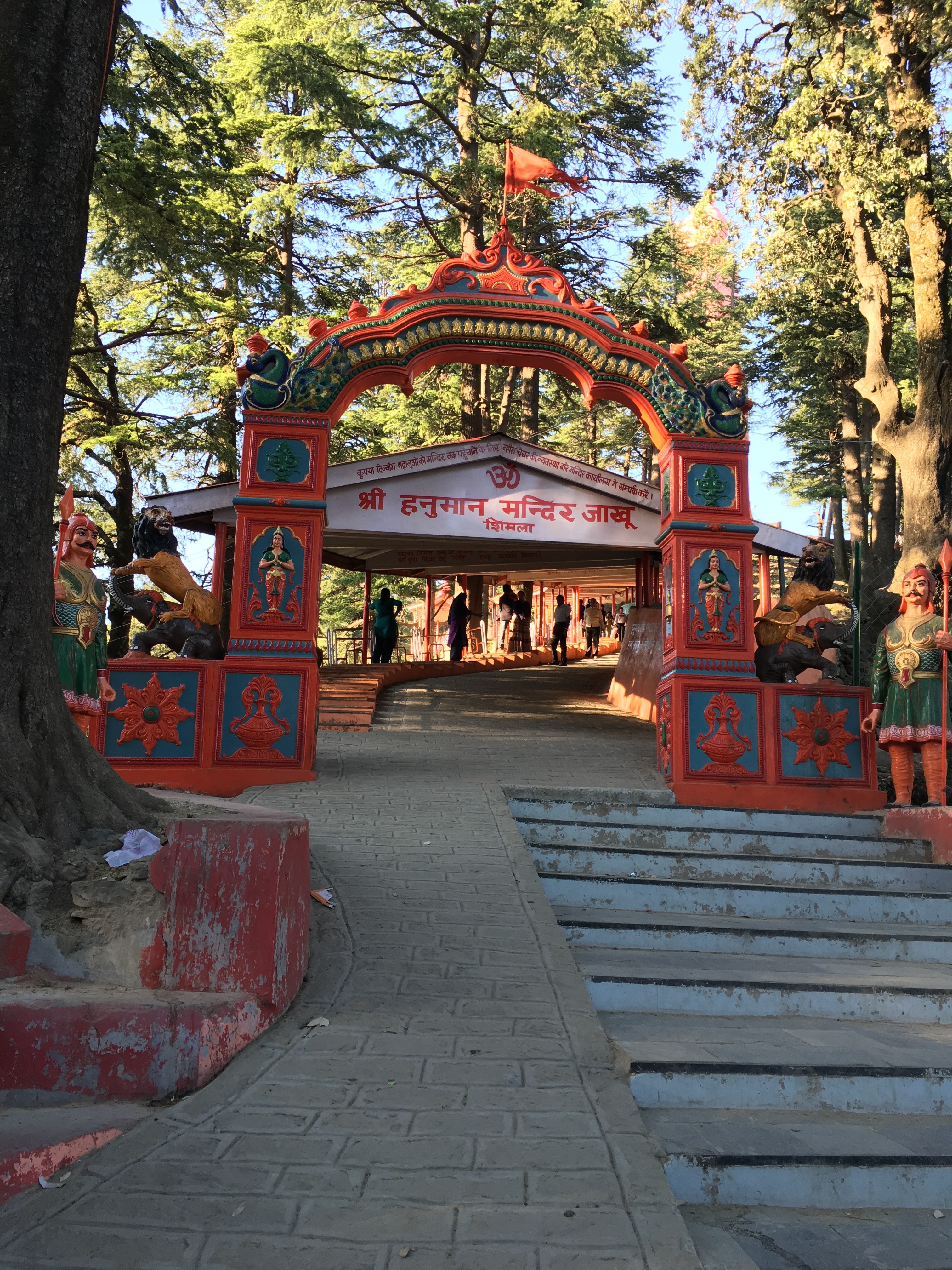 Finally we did this trek in record 30 minutes, Tarun literally dragged me enroute whenever I was tempted to relax on a bench, being totally out of breath. Actually he does everything as if he is on his army mission,phew ! 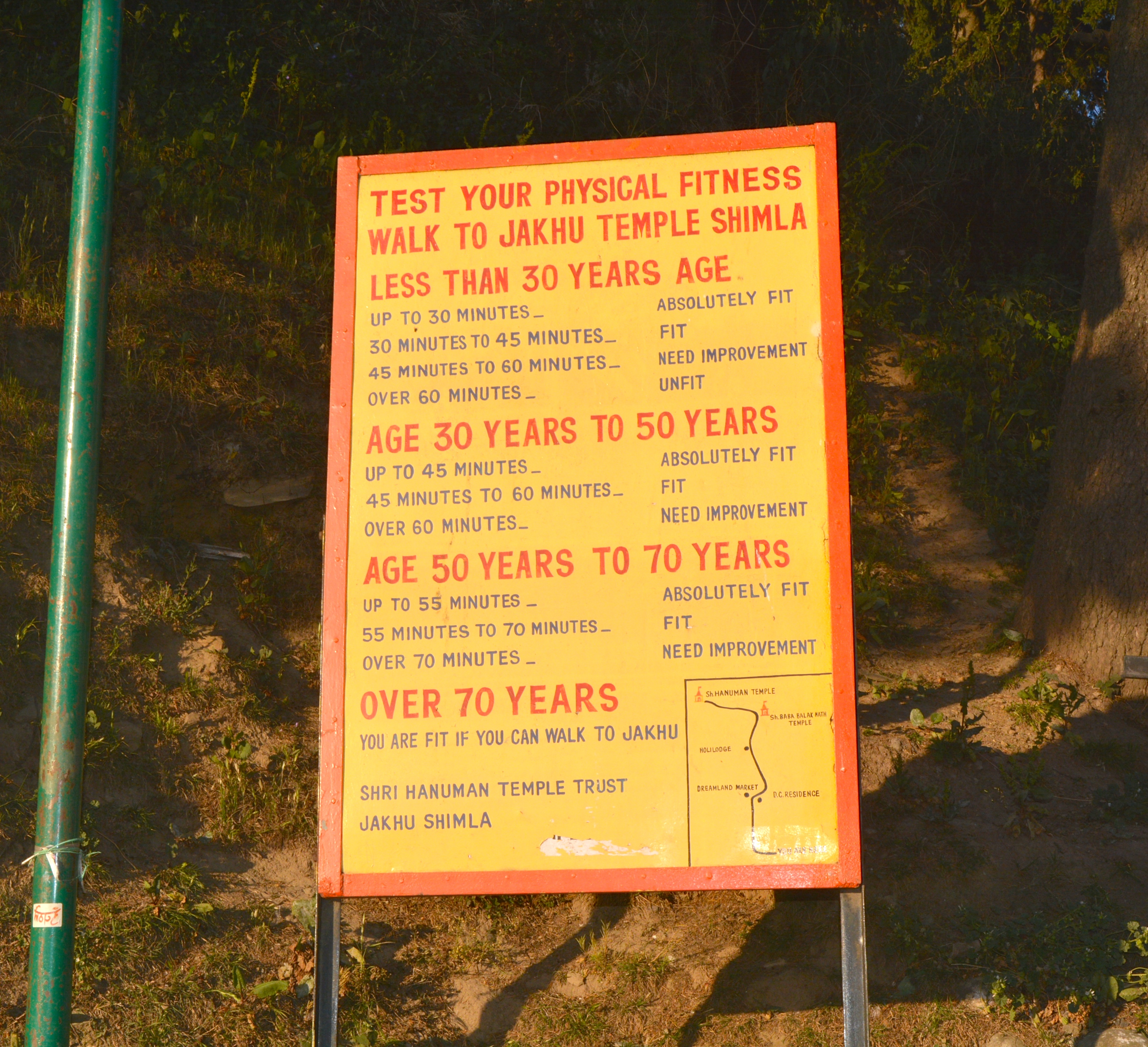 You can see the parking lot for those who prefer driving over walking on foot.They come up till the temple entrance without huffing and puffing but cannot enjoy the way trekkers do. 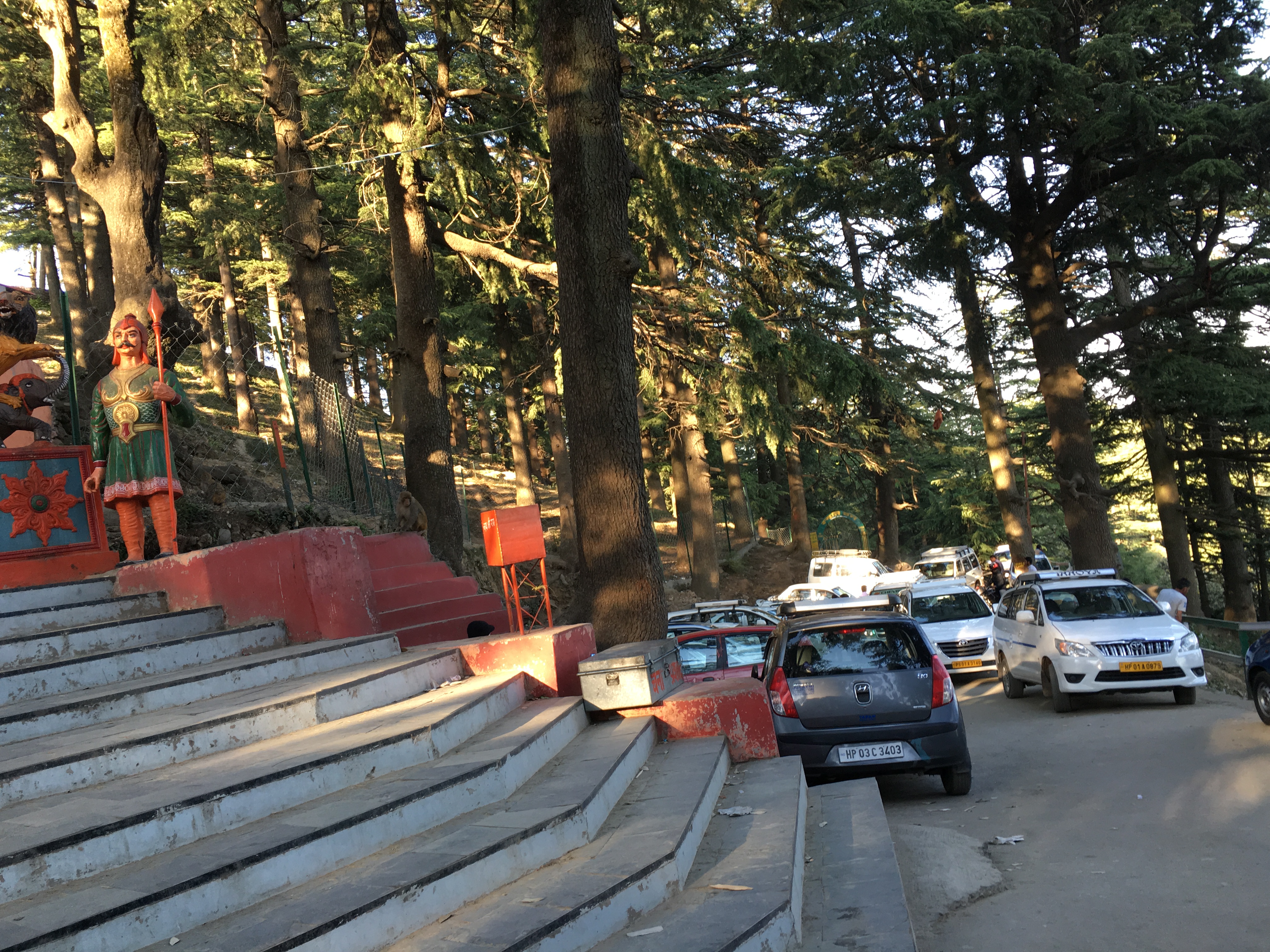 On the way up to the temple, one comes across the gates of Rothney Castle , built for colonial reformer and naturalist Allan Octavian Hume, the founder of Indian national Congress party, He gathered the world’s largest collection of stuffed Asiatic birds here, later he donated it to the British Museum.

Word of caution: the monkeys on this route can be a menace, so walking stick would be the best thing to carry along to drive them away. Enjoy the full snap shot of Lord.

We both were spellbound by the fabulous view at the top, felt rejuvenated, happy and believe me there were no scars of fatigue on our faces. We kept on clicking pictures to cherish beautiful memories later on !