On 2nd of Dec. India woke up to watch dejected, Â traumatized, hopeless faces of innocent people of Chennai.Â

Everything was absolutely fine till 30th Nov. I posted my last post on WordPress and went to school in the morning, came back, felt happy to see the pictures of the couple, both are dear friends, enjoying in Mumbai. They were to leave Chennai within few days. All their stuff was packed and they had gone to Mumbai for a couple of days to do initial formalities before shifting finally.

God had different plans for them. On the very first day of Dec. Chennai recorded 374mm rainfall and it was supposed to continue for the week, declared weather forecast.

The scene was changed by the evening and Chennai was set to face its worst floods in 100 years.

As Â I watched the mind numbing pictures on TV and scary scale of disaster unfolding, I felt so worried for my friends out there in Chennai. Army cantonment was submerged in water along with the entire city.

Within no time the sad news started pouring in through facebook and whatsapp. The senior couple had lost everything in destructive floods. Their ground floor house was totally ravaged by floods and the material devastation was beyond control. Here are some of the pics shared by them on fb.

This was bound to happen. Innocent people had to pay the price for poor management. Another natural disaster occurred due to the reckless development. Army and Indian Air Force saved many lives and done outstanding rescue work but many are still missing. No news from friends whose children were staying in Chennai hostels, another senior gentleman and his wife could not be evacuated in time. May their soul rest in peace.

While officials at the India Meteorological Department have said the exceptionally strong El NiÃ±o, along with a rare â€œcoincidence of various factorsâ€, has resulted in the heavy rain, thereâ€™s no denying that Chennai has failed in maintaining an effective storm water drainage system. 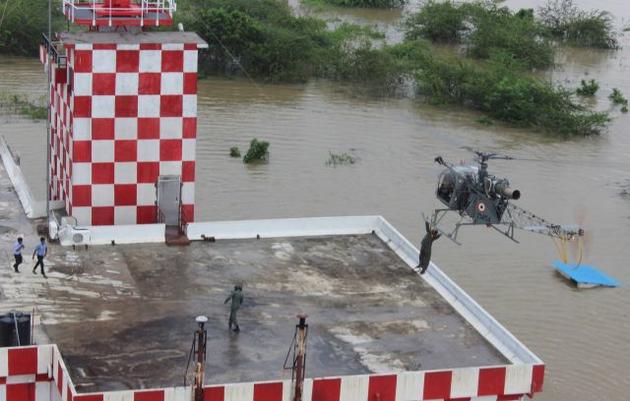 In times when the city, and its suburbs, is being pounded with rainfall exceeding normal limits by over three times, a drainage system that isnâ€™t functional, creeks and culverts that are blocked due to excessive dumping of garbage as well as the administrationâ€™s failure to ensure timely desilting.

With receding waters, Chennai is battling hard to pick up pieces of life but another spell of heavy showers were enough to revive the ghost of flooding. Â Lakhs of people in the worst-hit areas are facing acute short supply of food items, water, electricity and other essential things to survive. We are busy helping our community, whatever little bit we can do from here. For last ten days I couldn’t blog so for them who missed me and inquired about my well-being, thank you so much. I am safe and sound with my family. Felt humbled and touched. See you soon with new posts.Â 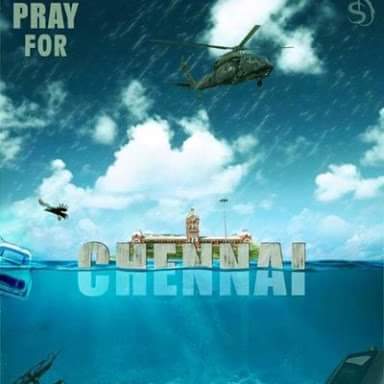