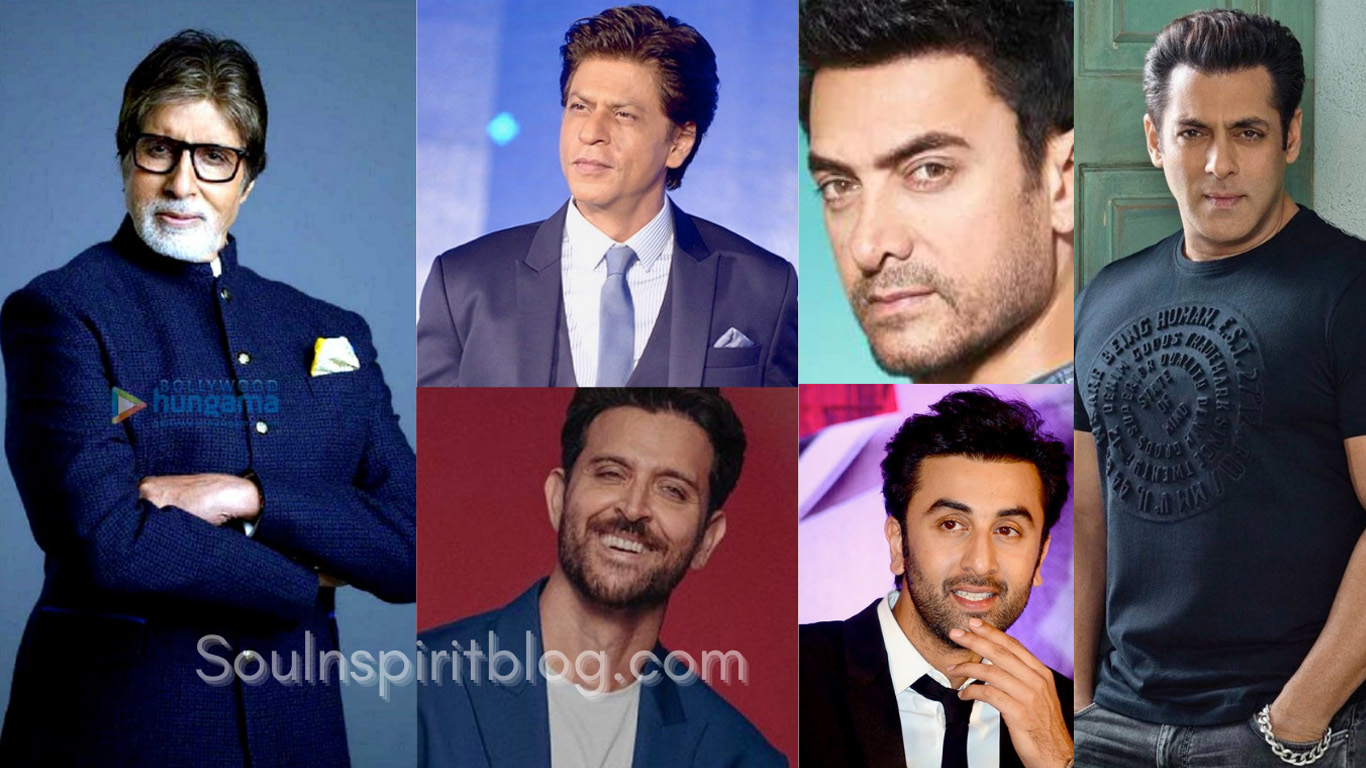 So, the richest actors of India list is out! And we all guessed it right who made it to the top? He is none other than King Khan. Aren’t you surprised how some of the actors do it year after year and that too when their films aren’t doing that well at the box office?

For example, Shahrukh Khan who topped the list was almost invisible throughout since the pandemic hit the world. Moreover, his last few releases couldn’t make it to 100 crores club, nor did he appears in any web series on OTT. He still managed to continue reigning the richest Indian actors brigade of 2022.

Have you ever thought about how Shahrukh Khan (estimated US$700 million) and other actors in the richest list amass so much of net worth? How do they make millions? But, of course, they didn’t accumulate their jaw-dropping wealth through acting alone. Let me spill out the beans. They all have done smart investments in the past and started reaping benefits over a period of time.

According to various reports, these celebrities are investing income into various sources like business houses, funding start-ups, production houses, properties, buying IPL franchises, etc. They even invest in real estate, multi-media platforms, and channels in order to sky-rocket their profits.

Let us look at the 10 richest actors in the Indian Film Industry. (According to report)

King Khan, who began his career with a television series named Dil Dariya in 1988, is often called the Badshah of Bollywood and has appeared in more than 80 Bollywood films. A Hansraj College alumnus, Khan spent much of his college time with the Theatre Action Group (TAG) of Delhi under the direction of theatre director Barry John.

Some of his blockbusters are My name is Khan, Chak de India, KKHH, DDLJ, etc. Popularly known as the king of romance and a chivalrous actor, his upcoming releases are Hey Ram remake and Pathan. His production company since 2003, Red Chillies Entertainment, has produced a number of box office hits.

He is the co-owner of the Indian Premier League cricket team, Kolkata Knight Riders, with fellow actor Juhi Chawla, and has lucrative brand deals in his kitty with Hyundai, LG, Dubai Tourism, Ambani’s Reliance Jio, and Tata Group’s BigBasket. Let’s check out who’s next in the list of top 10 richest actor in India.

Also Check: How Vicky Kaushal Made his Mark in Bollywood

Next on our list of richest actors of India is Amitabh Bachchan. He is the living legend of the Bollywood industry. He is the most handsome, ultra-stylish, and elegant personality who has aced his acting skills. Mr. Bachchan has been entertained the world with his larger-than-life persona which shows in his magnificent movies.

He is also a producer, singer, and television host along with brand ambassador of National and international Tourism, an active blogger on social media platforms. During his five-decade career, Amitabh appeared in more than 200 films. The legendary Indian actor started his career in the 70s and has starred in many successful films, including classic hits like Piku (2015), Pink (2016), and not so hit, Thugs of Hindustan (2018).

The veteran actor has also appeared in the Hollywood film The Great Gatsby. Big B’s upcoming movies are Brahmastra, Runway 34, The Intern, Goodbye, Jhund, etc. According to Makaan, he also owns five luxurious bungalows and two flats in the Juhu area in Mumbai, India, along with agricultural land worth US$1.5 million.  In 2013, he bought a 10 percent stake in Just Dial and has a 3.4 percent stake in the cloud computing company Stampede Capital.

“Bhai of Bollywood”, Salman Khan needs no introduction as he is the heartthrob of the nation. Mr. Khan is a founder of Being Human, an NGO for underprivileged children, trying to help the poor and needy. Due to his good deeds, he receives the blessing of All-mighty. His upcoming movies are Antim: the final truth, Kick 2, Tiger 3, Lal Singh Chadha, and Kabhi Eid Kabhi Diwali. The star also has his own production company called Salman Khan Films with a reported operating income of around US$400 million.

Akshay Kumar is an Indian film actor, producer, and martial artist with a net worth of $240 million. Black belt in martial arts and early rising actor, also known as Khiladi, Akshay Kumar is a self-made actor who has won people’s hearts with his meaningful and inspiring movies. A total of 125 films.

He has also been nominated several times for the Filmfare Awards. Some of his best movies are Mangalyaan, Bellbottom, Padman, Airlift, etc. His upcoming releases are RamSetu, Prithvi Raj, and Bachchan Pandey.

He had also made waves in the past when he changed US 15 million for Anand L. Rai’s film, confirming his status as India’s highest-paid actor. However, according to Forbes, most of its earnings happen from advertisements. Everything from multivitamins to toilet cleaners. No wonder he owns a private jet plane.

Also Check: Everything You Want to Know about Miss Universe 2021 Harnaaz Sandhu

Undoubtedly, the most handsome actor in Bollywood with his chiseled looks and perfect body, Hrithik Roshan’s Net Worth is estimated to be $375 million USD. Hrithik Roshan’s total assets are in the millions and he has one of the most generously compensated influencers on this planet. Besides movies, and Brand Endorsements, the actor also has co-ownership in a clothing Business Brand HRX which is his own sportswear brand called HRX and HRX’s net worth is around Rs 220 crore. Which definitely gives a raise to his worth.

Known for his intense acting, introverted nature, and off-beat scripts, Aamir Khan is a director, actor, producer, and writer best known for his award-winning productions in Raja Hindustani, Sarfarosh, Dil Chahata hai, and “Lagaan”. He became the legendary actor, known as Mr. Perfectionist, with most inspiring social criticism flicks,  like “Tare zameen par” and “3 Idiots”.

Dangal, his 2016 film, collected US340 million at the box office globally. It was followed by PK (2014) and Secret Superstar (2017), with both raking in another 300 million in revenues. According to republic world insights, though he carefully associates with brands, he charges a whopping US1.5 million per endorsement. His TV show “Satyamev Jayte” made him the most respected Show anchor in India.

He is a Nawab of Pataudi, full of swag, style and opulence overloaded.  married to famous Indian actress Kareena Kapoor. He is one of the wealthiest actors, producers, brand ambassadors of some celebrated brands, for which he charges somewhere around Rs. 3 to 6 crores for one ad. So, how could we not include him in the list of richest actors of India.

The next actor that occupies a place in our list of richest actors of India is Rajnikant. He is the most respected actor of south India, in fact, people have built temples on his name giving him the stature of deity. He has an immense fan following. Now a media personality, and a cultural icon with a gross of $ 50 million. Born on December 12, 1950, in Bengaluru, Mysore State, India, to Shivajirao Gaekwad, he is a true mega-star in India recording a matinee.  This list of the richest actors can never be completed without mentioning his name.

He owns a palatial house in Chennai, its current Market Price is around 35 – 40 Lakhs. He spends a lot of money on charitable work and has benefited many people. Not very keen to endorse brands, however, he is now active in politics.

After a bumpy ride during the initial years of their career, he bounced back with some superhits of the year and made a mark in the film industry. Ranbir Kapoor has a fleet of expensive cars and a grand collection of watches including Rolex, TAG Heuer Grand Prix, Hublot Mexican, etc.

He is the richest actor in India, director, producer, and stunt artist, earning $ 30 million. In 1991, Ajay Devgan started with a bang with his first film,” Phool Aur Kaante,” which set new records of success. He never looked back since then and kept on entertaining people with Awarded for Best Male Debut at Filmfare. He is widely regarded as one of the most popular and influential actors in Hindi cinema, having appeared in more than a hundred films.

Last but not least in our list of richest actors of India comes none other than the dashing Ranveer Singh. Singh has appeared in Forbes India’s Celebrity 100 list since 2012, reaching his highest seventh position in 2019. That year, the magazine estimated his annual earnings to be ?1.18 billion (US$16 million) and ranked him as the fifth-highest-paid actor in the country. According to the various (Wikipedia, Forbes, IMDB) online resources, the most popular Indian actor Ranveer Singh estimated net worth is around $30 Million, which in Indian Currency is 223 Crore Indian Rupee. Ranveer charges a hefty sum of INR 20 Crore per movie and also he has endorsed several brands.

So, this was all about the richest actors of India. Hope you found the post worth your time! That’s all from me. Keep visiting Soulnspiritblog for the latest happenings on the news page for some more exciting surveys and reports.