” Is your elephant ready for safari?” asked a restless old lady from the crowd of tourists. She was looking anxious and worried.

” I will go after an hour. That group is leaving shortly. You can join them for safari.” replied the mahout.Â

The lady and his aged husband along with their relatives ran towards the elephant which was leaving shortly for safari.

” I have no space left as there are already more number of people sitting here. Normally four are allowed on one creature. I can’t accommodate any one” confirmed the mahout.

” How can you refuse us? We too have paid the money for safari. Make us sit or I will complain” threatened the lady.Â

The mahout didn’t want to escalate the issue so he suggested, ” Okay, Two of you can come here with us and rest two can sit on the other elephant standing next to me. We both are going together.”

Four of them pushed, shoved and jostled others to make some space for themselves. Finally they fitted in comfortably making others uneasy. The children literally gave them dirty looks as if they wanted to convey,” How can old people show this kind of stupidity?”

Poor elephants were not at all pleased with the added burden. The moment they were in the middle of the forest the old couple started talking loudly. They took out their cameras and instructed each other on how to take pictures. Mohout told them to remain quiet while doing safari as wild birds/ animals would scare away if they would make noise. 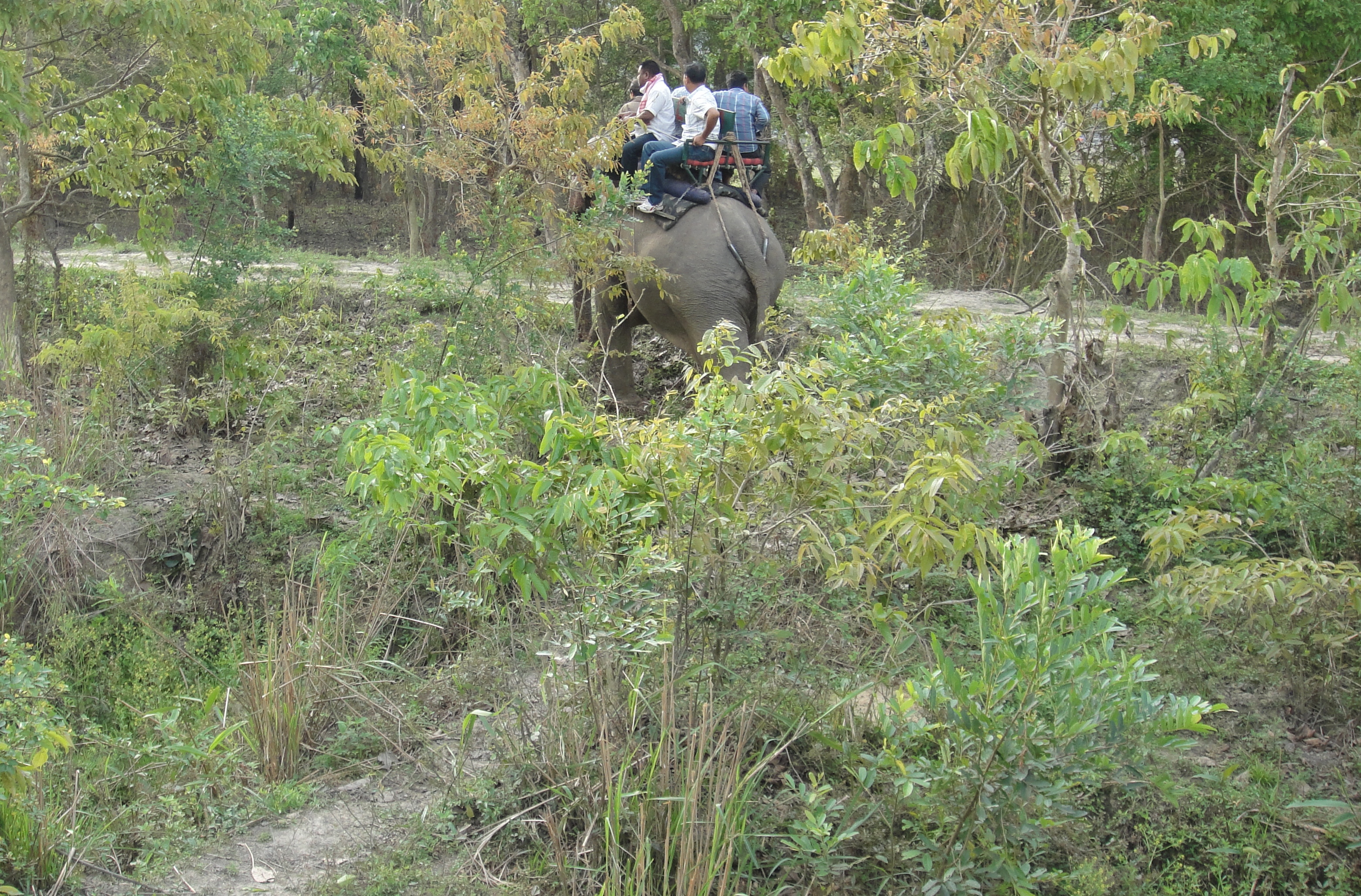 The couple was actually stupid and to me all of them were ! The way they were sitting on a docile mammal and shouting after spotting a rhino was nothing else but a stupid act. Didn’t they know the difference between a picnic and wildlife safari? They might be ignorant or uneducated. 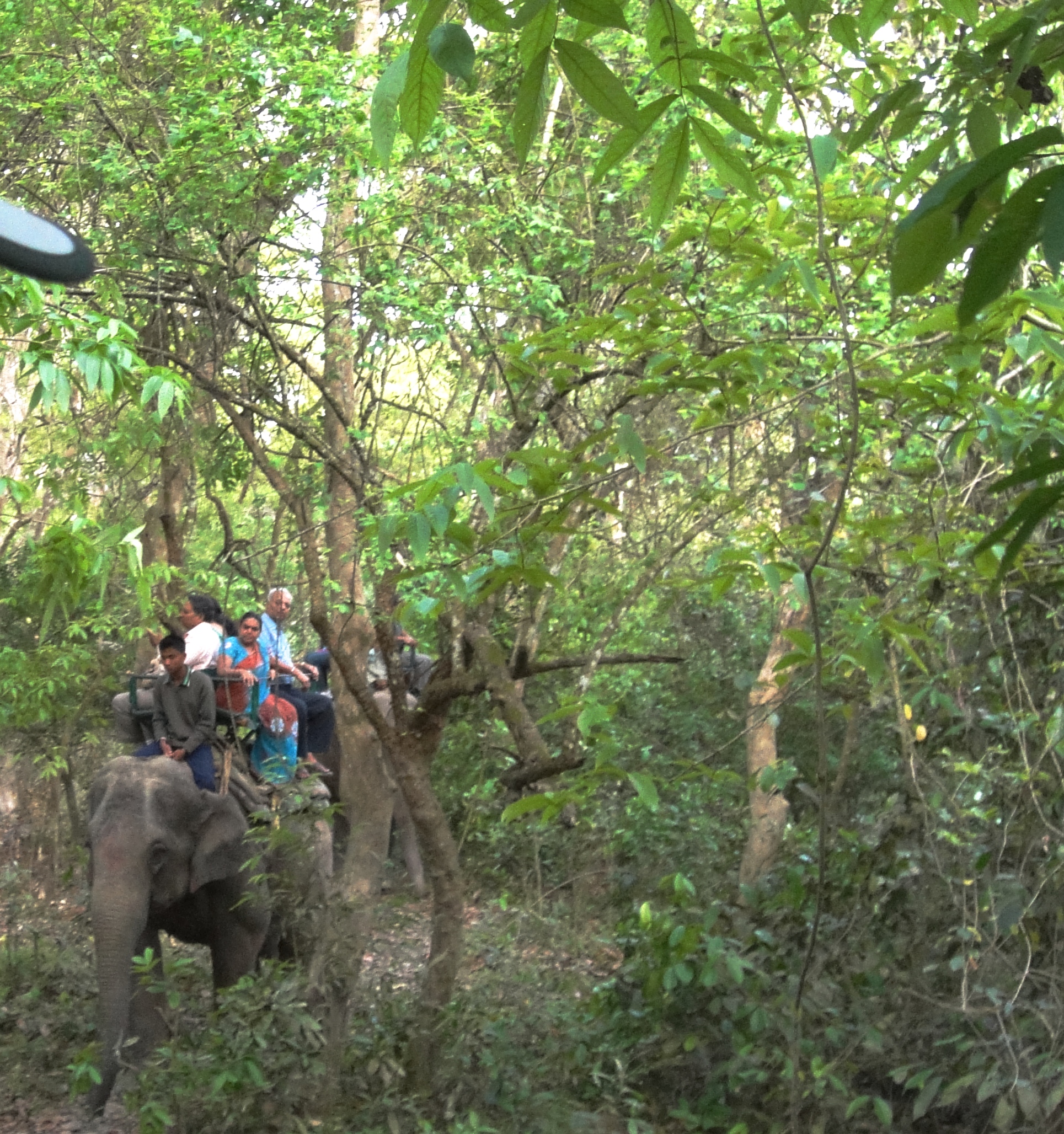 I believe today’s young generation in India is more sensitive and caring towards animals. They are doing remarkable work when it comes to rehabilitate the animals. Old nomadic tribes were indulged in a cruel act to tame the monkeys and sloth bears to train them to dance on the beats of their pallet drum? Why did they train them? Probably to earn their livelihood. That’s what they learnt from their older lot.

Wasn’t it so stupid? Lack of education and apathy towards animals I believe.

Recently I attended a presentation where the achievements of Wildlife SOS were being covered. I was impressed to see the selfless service they provided to save poor animals. An extract below can put some light on rescue of dancing beers.

According to the facts shown, “For over 400 years, the Sloth Bear had been a target for human exploitation. A nomadic tribe known as the Kalandars began â€˜dancingâ€™ sloth bears for the emperors during the Mughal era. Over centuries, as the kingdoms in India disappeared, the â€˜dancingâ€™ bear trade transitioned to become entertainment for villagers and tourists who paid to watch the bears jump in agony.”

As of 1996, our research indicated that there were more than 1200 â€˜dancingâ€™ bears scattered throughout the country. With cooperation from Government officials, and the help of our partner organizations International Animal Rescue, One Voice, Free The Bears, and others Wildlife SOS has been able to rescue and rehabilitate over 620 dancing bears. They are now living peacefully in four large natural sanctuaries across India, enjoying a life where theyâ€™ll never again have to endure such cruelty and pain.

Read more about this wonderful organisation Wildlife SOS which started as a small movement and within no time turned into a force of dedicated people.

PrevPreviousLookin’ Out My Door: I See My Tree House !
NextKOMOREBI: ‘Sun Shines Through Palm Leaves’Next
On Key